Seeing another one of his comrades fall to the bugbear, Gongar lets out a guttural scream and unleashes his hammers at the beast.

OOC:
Wow, these rolls have been absolute garbage.

Shalelu fires three more arrows in rapid succession, hoping to take down the powerful Bruthzamus before he can hurt anyone else. 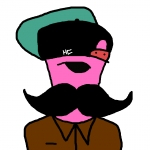 OOC:
How many attackers do we have left?

OOC:
Urthask and Xandak are down now.
Gongar and Shalelu have gone already, so we have Shadow and Ryco left to take actions

Xandak's concerns for the outcome of the battle eased up a bit when he managed to land two solid blows on the bugbear. Allowing himself to use the sword might have been a good idea after all. His confidence growing, he braced himself for Bruthzamus' retaliation.

...but he didn't brace himself enough.

The first hit connected solidly with his shoulder, shattering the joint and causing him to lose all control over the limb, letting the sword drop to the floor with a clang. Xandak stumbled backwards a bit and dropped to one knee, his upper body exploding in pain and his vision beginning to swim.
The second hit him right in the chest, causing most of his ribs to break, and puncturing several internal organs. He flew backward, tumbling across the floor several times before coming to a stop in a broken heap.

In the few brief seconds he still lived, his sight gave way to a vision of himself as a young boy, standing in the sacked house he had called his home, staring in disbelief at the corpses of his family in the wake of the giant raid. He heard himself swear vengeance on the attackers, through blind rage and hot tears. But soon this image faded away into nothingness as well. Faced with the overwhelming knowledge that he would never be able to fulfill that promise of vengeance, Xandak's mouth opened and he uttered a strained sentence as he stared into nothingness, the first words he had spoken out loud since taking up his vows in the House of Blue Stones:

Round Three: Gongar, Shalelu, Shadow
Gongar's attacks and Shalelu's arrows, don't seem to have any effect on the raging beast. He seems to be some sort of invincible monster, incapable of feeling pain.

Until Shadow's arrow hits him in the chest, that is. He grunts in pain once again and looks ready to fall, but manages to keep his feet. He seems powered by pure rage at this point.

Effects
Bardic Performance: +1 to allies attack/damage, +1 to saves vs charm and fear

OOC:
Quick question, if it ran away, how many people would get an OA? Also, casting a spell in melee range has penalties in pathfinder, correct? 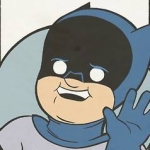 OOC:
If you're in Melee when you cast a spell, you need to cast defensively in the hopes of not getting an attack of opportunity against you.

Ryco continues his inspiring tune, with subtle seductive notes hidden within. "You shouldn't leave your ladies unsatisfied. Get back in there."

Round Three: Ryco
Bruthzamus looks at Ryco like he's a fool for a minute, but then his eyes open wide and he turns around, rushing toward one of the females.... but as he spins around to move away, Gongar smashes the back of his skull in with his warhammer.

Effects
Bardic Performance: +1 to allies attack/damage, +1 to saves vs charm and fear

OOC:
I read this in Rod Serling's voice...

Ryco ends his tune with a sudden strum before rushing forward, throwing his lute to hang off his side "Step aside, step aside." He briefly looks in passing upon the heap of desecrated flesh, blood, and viscera that once was Xandak; knowing he was beyond his magics, he continued forwarded to Urthask. He kneels at his half-orc body and begins brushing his face "Come on you beautiful hunk of man, I won't see two fall today."

A gentle smile adorns his face as the half-orc blinks open his eyes "Mornin' sleepyhead."
Last edited September 12, 2017 1:01 pm, a total of 1 time

Gongar has no idea why the bugbear would have turned his back at such an inopportune time but is satisfied with crushing his skull in revenge for his long friends death. As his blood stops boiling he scans the room to make sure the goblin wenches and the one next to the babies isn't going to cause any issues then walks over to Xandak's body.

Kneeling next to his head, Gongar arranges his arms across his chest with his sword in his hands and starts to chant:

The night is black,
The sky is blotted out,
We have left the holds of our fathers,
And Xandak has returned to the Maker.

The light becomes dark,
The night and again night,
The day with sorrow tomorrow
For Xandak has returned to the Maker.

He joins the Old Ones who have passed on,
Their homes are the stones below,
Their spirits are laboring free.
Tomorrow is naked and empty,
for Xandak has returned to the Maker.

As he finishes he stands up and gazes at his remaining companion, being tended to by the human and halfling.

Ryco knows a touching moment when he sees one, he pats the half-orc on the chest with a smile then stands up and makes his way back to Shadow, giving the dwarf a solemn nod as he passes by him; words need not be said. He gathers up the second smallest goblin child and sits next to Shadow, giving her a thanking nod.
Last edited September 12, 2017 7:39 pm, a total of 1 time

Urthask regains consciousness just in time to catch the last couple of lines of Gongar's euligy for Xandak. The half-orc rises groggily and stares grimly at the fallen monk. [i]I would be dead too, if it hadn't been for these people we've just met.[i] Urthask glances at the bugbear's corpse and recognizes Gongar's handiwork. Good.

Urthask places his hand on Gongar's shoulder. "My people believe those who live courageously live on as the stars that watch over us at night when they depart this life I have seen few that can rival brave Xandak."
Last edited September 13, 2017 12:01 am, a total of 1 time

Shadow nods back at Ryco as she stows her bow. She walks slowly toward the fallen monk and places a gentle hand on the dwarf's arm, "I'm sorry for your loss...he was very brave." She looks up toward the goblin females, to see how they are taking the death of the bugbear.

The goblin females are cowering in the corner, staring fearfully at you. They hardly seem to notice the dead bugbear.

The goblin young seem like they are hardly even disturbed by the violence, as if it's nothing new to them.

Grunk, the goblin that Shadow had been speaking to, is nowhere to be seen.