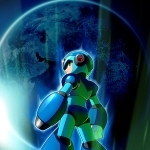 Has anyone played the shuffle-building card game, Smash Up? This has become one of my favorite get-together games, and it's awesome to break out when you're waiting on people to show up to various events.

If you haven't heard of this brilliant game, here's the concept. There are eight factions-- Aliens, Robots, Pirates, Ninjas, Tricksters, Wizards, Zombies, and Dinosaurs. There is also a deck called the Base deck, which contains 16 "Base" cards. The core set contains those eight decks of twenty cards each. Each player chooses one deck out of the box, then after each has chosen, each player chooses a second deck. You shuffle the two together and play your cards in turn order, competing to "Break a Base." When you break a base, you score some points. First person to 15 points wins.

Obviously it's more complex than that, but without showing you the game I can't really explain it haha. It's pretty cheap for a party game ($29.99 MSRP, US) compared to bigger board games. There are also expansions you can buy with 4 new decks! The most recent one was called "Pretty Pretty Smash Up" and it had Princesses, Kitties, Mythical Horses and Fairies.

Who else is in love with this addicting game?

I've kept meaning to pick this one up, but never have. I'm glad to hear its as good as it sounds. I'll def have to pick it up when I get a chance, once I get over my current X-Wing minis addiction (and now Armada, thanks FFG). 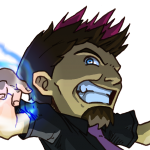 Oh X-Wing -- I'm actually lukewarm on that one, but I REALLY like flying a swarm of tie-fighters and trying to keep formation while fighting (it's especially fun when other players have bigger ships for me to zip around and between)...

On topic, I'm also lukewarm on Smash Up. The premise is cool, and the mechanisms are cool, but I find the actually game itself to be kind of bleh. Maybe it's because I take the game itself too seriously, but the randomness of your deck and luck of the draw are too impactful for my taste.

@Keleth: As a game enthusiast, I try to pick up a bunch of different games to play. This one is fun for a casual group, not intended for thought provoking tactics. That being said, if you can find yourself loosening your mindset and rolling with it, you can have a lot of laughs. A lot of the cards actually are in-jokes and plays on words, which makes it fun to just play the game!

@Candi: If you like to be a little more tactical and precise, perhaps lead with a deck that has more card draw? The wizards and robots both are good to draw, which effectively reduces randomness. Pairing either of the two with Aliens is a good bet as well. After you get some experience with the game, the "choosing your decks" portion of the game can actually become quite strategic!

I love games that are light hearted; I like to switch up from heavy games to light and back again, based on mood.

You'll love it then. Get it and share with me your favorite combinations!

My wife and I have played it a few times (with the Awesome Level 9000 Expansion) and had a good time with it. It now sits on a large pile of "need to play again" games which sits next to a larger pile of "still need to play" games. Fortunately my mother in law is in town this weekend which means at least one game from each pile is going to get played. :-)

Ooooh, how is the Awesome Level 9000 expansion? I tried to get my local game store to order it, but they couldn't get their hands on it sadly. 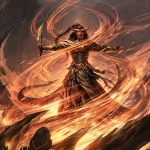 I love smash up! The game balance does seem a bit off though between the factions. I heard that whoever plays the Cthulu faction in the expansion basically just wins half the time. 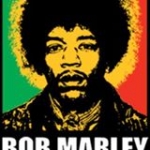 My buddy has it and we play it a lot. My favorite combo was made as a joke and it performs quite well vs. some powerful factions. Kitties and Mythic Horses (Unicorns) FTW!
Mark as unread