I know some systems uses dice types for character stats such as a d4 or d6 for strength and so on.

What has been your experience with it, and what are the pros and cons for it.

What would be nice if the dice roll would do roll of d4 and drop the lowest as that is common means of rolling for stats.

I am not speaking of rolling for stats like roll 4d6 and drop the lowest but the stat would be a type of dice like strength d4 intelligence d6. I know savage worlds uses this mechanic, I have never played it.

Smallville uses it as well. You build a dice pool out of different stats, roll it and add the highest two results together and compare against the result of a different dicepool. I like the spread of results that it gives as it feels mostly predictable with enough swingyness to still be interesting and the pool very directly reflects your different stats, which also feels good. I like the system but I can't really speak about the math behind it as I never bothered to calculate the odds for results for different combinations of dice 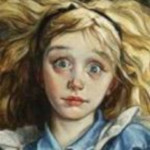 I've played several systems that used that sort of resolution mechanic (Marvel Heroic, Dogs in the Vineyard, some Savage Worlds). I like resolution systems that lets you build fiction in a scene and grow your pool/roll/bonuses as you do so. Fate does this same thing only in a different way, and I love Fate. The only mathematical issues we've come across is when the dice pool system has exploding die. Smaller dice have a much higher chance of rolling a "critical" (e.g. a 4 on a D4 or a 20 on a D20) than larger dice do, so in certain situations my players would sandbag, rolling a smaller die, to increase their chance of a critical. It made for some interesting stories, so I kinda liked it. But it came out a bit weird mathematically sometimes. :-)

I think a lot of it has to do with what the system DOES with those dice. I don't like savage worlds use of them because the lowest dice (d4 and d6) are unnecessarily hampered to the point where there are forums full of ways to make the checks easier so that your party won't run into too many roadblocks in their adventures. I haven't played Smallville, so I can't say there. There are other games that do things like matching results, or rolling multiple dice, or having the standard dc set as the upper limit of the smaller die that do better.

D4 are kind of useless in the die pool, that's true. Fortunately, adding something at D4 usually provides other benefits as well but it is a bit of a problem. Good point that I forgot to mention just now

D4s can be useful! For example, there was a version of Savage Worlds we played (I think it was SW) where certain special abilities were activated for free when a dice exploded (when you rolled the highest number on the die), regardless of the total of your roll. Players would sandbag their abilities in those moments, so they could roll a d4 ability, knowing they would fail at the task, but they rolled it because their chance of getting a "explosion" and activating said ability for free was dramatically increased (from 10% on a d10 to 25% on a d4). Like I said, it made for some weird story moments, but it was still a lot of fun.

In that case they're useful then. That's interesting.

I should probably try Savage Worlds again. I don't remember much about that game at all

Yes Bowl, you do.

Wanna run it for me?

I like dice as stats. It's super clear. Ran a Supernatural campaign that used those, and am currently both playing and running in Savage Worlds games.