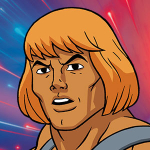 heres a cool game that i might try to run here.


"In an ancient age, many galaxies away...
The universe is in collapse, as planets and systems struggle for freedom under the rule of sinister despots.
Against the malevolent sorcery of the Overlords stand the few remaining bearers of the legendary Solar
Blades.
What will you do when the forces of the Void close in?
Solar Blades & Cosmic Spells is a complete Role Playing Game, inspired by the Old School Renaissance,
Pulp Literature and the many Science Fantasy stories brought to us by movies, comics and games. Based
on the Sharp Swords & Sinister Spells RPG, this game system provides players and Overlords a set of
flexible and streamlined rules, as well as an array of tools to make gameplay fast and fun, allowing them
to have exciting adventures with solar blades and cosmic spells! "

heres the full text and character and vehicle sheets from its official blog. 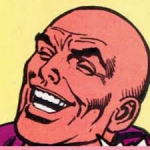