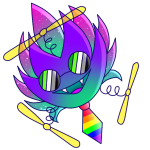 Hey, I wanted to ask a question!
My entire experience with TTRPG is limited by all that I played on this site, so I'm not very well-informed about the general community surrounding this genre. I figured there are a lot of people who played longer and can offer some advice.

Of course there are no rules for it and it's ultimately up to personal stances, but I was curious to see if there are any major consensuses. :)

(I have a nmumber of characters from the games that are no longer active, just sitting there in my library collecting dust. I want to play them again - maybe rewrite some backstory, do some build changes, but keep the general identity, - but doubts keep holding me back.
I tried to ask the GMs about reusing the characters I made for them, but I think I only ever received one answer. And most of the GMs in question are inactive anyway.)

Well, it depends on a lot of factors.

How were the stats determined? Something standard that puts them on an even playing field or rolling?

What sort of equipment do they have and are you willing to work with me to make it reasonable for the party?

Stuff like that, basically. I'm okay if your character is basically on par with everyone else in the game.

Personally, I would have no problem with a player reusing a concept from another game as their character for one of mine, and it sounds like that's what you have in mind. The only question is if there's anything that needs to be reworked from the concept to match the tone and setting of the new game.

The only thing that would give me pause is if a player wanted to incorporate things from the previous game the character was in in the form of additional powers, experience, or equipment. I wouldn't want a character's past history to get in the way of having the PCs start on relatively equal footing.

Thanks for your insights! :)

I figured that obeying game rules and fitting in with the setting was expected of any character, no matter new or old.

But I guess I didn't consider past equipment (probably because most of my characters don't actually have anything special since their games ended quickly) or history. I'm okay with starting with new equipment anyway, so I guess I should be fine from this point.

I was more concerned about... I dunno, politeness of using a character you made specifically for one GM somewhere else? Maybe it's just a weird concern in general, and no one shares it, but it just irks me. D: But it's good to know that at least new GMs probably won't mind it.

FlyingSucculent says:
I was more concerned about... I dunno, politeness of using a character you made specifically for one GM somewhere else? Maybe it's just a weird concern in general, and no one shares it, but it just irks me. D: But it's good to know that at least new GMs probably won't mind it.

I can see that. It might feel kind of like recycling an essay from one assignment for one from another class. But really, I think as long as your character A) fits the character creation guidelines of the new game, and B) is modified to fit the setting and themes of the new game, it's fine. The only time I'd really hesitate is if there were a lot of crossover in the players in the old game and the new one. I don't like the idea of other people feeling like I'm rehashing an old concept instead of coming up with something new. 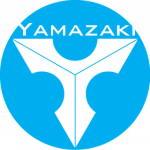 As a long time PbP'er in general (not just GP, since I'm more recent-ish here), I've recycled character concepts a lot. Sometimes you just have that one character idea that won't get out of your head, or you just cannot think of anything else but that old character idea that seemed fun the one time you got to use them.

However, as everyone else has stated, as long as you adapt them to fit the new game/campaign/setting/etc, it's all good. I've reused a Pathfinder character like 5 different times, using a similar build every time (but adjusted to fit the campaign's rules). And with Shadowrun, I have like 2 characters I use, although I have a third concept on the backburned in the even I need something very different lol.

Thanks everyone!
It does make me feel more at easy about this; I was planning on doing adjustments in any case if I ever get to use any of these old characters again. Good to know it's not some unspoken taboo. :D

...I do wish someone commented from the point of an old GM though. That, I still worry about. (Though it is probably kinda silly, since I suppose it is still my character, not theirs.)

I can't consider myself an old GM, but if I ran two different games and you used the same character concept in each, I wouldn't think it a problem. I might ask you to change the name of one, just so I could keep track of who's who in which game.

I like to use PC over if I can here on this forum especially since I put some time into some of them and the game folds shortly into it. I created that character and want to use them.

As a Gm I would allow it even if it doesn't fit the rules exactly like I orginally planned but I would check the background and the stats to make sure they are not overpowered for the game. I might say they need to make some changes but I would discuss it with them so not to ruin their character concept.

As a GM, I have zero problem with allowing a recycled character, on two caveats:
- if the stats were rolled and seem high, no go. Point buy systems that isn't an issue.
- if I have any conditions, the character has to (be modified to) fit into those. For example, if everyone is level 1 with no xp, same with the recycled character.

But besides those obvious ones, bring it. I've had players bring their PCs into a game, still with recorded wounds from a prior adventure. Heal up, and jump in.

Thank you for sharing opinions! It does seem like the consensus is " it is fine, as long as the character fits rules, setting and party level and isn't OP in comparison". :D


CancerMan says:
I can't consider myself an old GM, but if I ran two different games and you used the same character concept in each, I wouldn't think it a problem. I might ask you to change the name of one, just so I could keep track of who's who in which game.

But may I ask: what if you ran a game for me, and I used the character from it in some other GM's game too? Would that be fine with you? (In hindsight, it probably is a silly question. Maybe I just use my old views from forum RPs too much...)


Qralloq says:
But besides those obvious ones, bring it. I've had players bring their PCs into a game, still with recorded wounds from a prior adventure. Heal up, and jump in.

Maybe I should be on lookout for your games, I do have a few hurt PCs ready to go. :D (And adjustments are no problem, I don't roll high stats usually anyway. Points are more reliable!)

As others have said, I think the baseline expectation is that you'd conform to any restraints in either game. If you obtain a powerful item in Game A, it's expected that you wouldn't bring it into Game B if that GM has not given approval. The same goes for character history, allies, nemeses, or other aspects of their backstory; it's unreasonable to force a different game to mold itself around something that had nothing to do with it.

If the GM for Game B is okay with it, great. I just think we understand that each game is different and we can't expect the events from one game to carry over to another.

To me it is an obvious thing to do; you play on GM's territory, after all, you can't just barge in with a space marine with a waffle gun into a fantasy game about intrigue. (Well, unless GM okays it, I guess.) Not to mention messing with other players by making your character too OP or focusing on their previous story too much. So yeah, I completely agree with everything said here about these things!

I think I'm just thinking about it from the perspective of... er... copyrights? Like when you make (write, draw, etc) a character for a videogame, it'll be highly impolite and kinda illegal to then reuse them in another (edit: clarification, making character as in for the developer, not chargen as a player). I figure there are no copyrights for just forum playing, but I wasn't so sure about politeness - or lack thereof - of such action.