Okay, random question but it's something that's been keeping with me for a while so what better to do than ask for others' opinions?

Ages ago by now, I was in a situation as a GM (this was Pathfinder but it can just as well apply to 5e or similar games) where my players were trying to convince the king to send an army to a certain spot to stop an invasion that the king knew nothing about yet.
None of the characters were really good with Diplomacy so one of the players whose character was really good with Bluff decided to instead make up a story about a dragon attacking in that spot and convince the king to send his army to stop that - Same effect but achieved through a lie rather than the truth.

Of course, this is metagaming and all that but I ruled he can do that if he wants, but he has to make both a Bluff roll (to sell his lie) and a Diplomacy roll (to convince the king to send the army) since it felt really weird to me that he could just substitute Bluff for Diplomacy there and have an easier time convincing the king just because his character was lying.
When I mentioned this on reddit, people were really against my solution to this and said that it was really unfair to nerf Bluff like this.

I'm curious to hear how others would have handled this situation 🙃

I think I would allow the player to make the single deception roll against the DC, but perhaps also actively contest it against the King's insight because the King might pick up on the character being "a bit shifty".

If you could always substitute deception for persuasion then nobody would ever become skilled in telling the truth (and the campaign would be set in 2021).

The consequences of a failure when bluffing are much harsher than a failure when doing diplomacy. Lying to the king is a big risk and there is probably no going back from that.
Also, the king might find out later that the whole thing was a lie (don't forget his daughter went with the army and died as a result) and now they have a powerful enemy out for vengeance.
I let players do whatever they want. The world reacts as though it was a real world (with the fantasy rules and tone, we have established, of course).

The redditers may have a point (/ugh!). Nerfing a rule is frowned upon and non-ideal. But, as usual, I don't see what they are on about. How was bluff nerfed? By requiring a second roll? Yeah, asking for follow up rolls can be a problem, but if the first roll does not do the task and serves as a setup --allowing the second roll in the first place-- then it probably the right call, don't we do that all the time with a 'roll to knock prone, then roll to hit'.
Anyway, it is easy to armchair referee this with time. On the spot decisions are seldom perfect, and this one allowed the player to do what they were suggesting, so it looks good to me.

Your plan sounds good to me, especially if a successful bluff check lowered the DC for the diplomacy check and a failure made it worse (or completely off the table).

With diplomacy/persuasion, you are trying to get somebody to do a specific thing. With bluff/deception, you are trying to make someone believe a certain thing. A successful deception roll might result in the deceived person taking the path you were hoping to persuade that person to do, but that's out of your control. They might just send the royal dragon hunter squad rather than an army, or hunker down in their dragon-proof bunker. The diplomacy check is there to say whether the player is able to influence the way the king responds and a failure means he does whatever he wants about the fictional dragon. 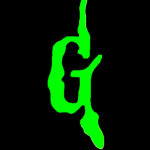 I am 100% on board with your ruling. In the example you give, I don't feel like the player is finding a creative solution to the problem and simply wants to use the skill with the better modifier. Your reasoning makes total sense. The bluff the player is using doesn't change the situation at all. They still need to convince the king why he needs to send troops there. If they want to use bluff instead of diplomacy, they have to have justify it in a way that makes sense beyond "technically I am lying so I can use this skill with a higher rank."

For instance, they could have tried to bluff the King into believing that the invading army is led by someone with a claim to the throne.
Last edited August 6, 2021 7:51 pm

I like your ruling and would have the diplomacy check be at a lower DC to account for a successful bluff check to set up the situation. 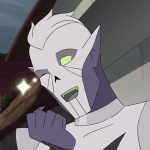 The way I see it, the Diplomacy check is both for convincing the king that there is a genuine threat, and for behaving and expressing yourself in a properly courtly manner that will make the king take you seriously in the first place. Bluff can't really do that second part.

Also, there would be inevitable bad fallout for this stunt,both for the PCs and maybe for the kingdom too.
Because the king will absolutely find out he has been lied to because there isn't any dragon. He's not going trust the PCs again.

And the troops he sent kitted out for dragon-hunting may be carrying entirely the wrong gear and/or be too few in number to deal with an actual army. The invasion may be succesful anyway.
Last edited August 6, 2021 9:10 pm

Going back to this topic, I've been thinking that I don't like "Bluff" being a skill in the first place. I think there is merit in having two separate social skills like this but "Bluff" should be broadened a bit.

What if instead we had a "Persuade" skill and a "Convince" skill.

Persuade would do things like "I want to get this person to help us" or "I want to tell this person to go over there".
Convince would be trying to, well, convince people of something. "There's a dragon over there" or "We are trustworthy". It'd basically be similar to Bluff now but not restricted to untrue statements.

Sounds like you are deep into the weeds of semantics there. Most any means to a goal could be reworded to target either one of those.

I might rule that if they pass the deception check, that they can roll the persuasion with advantage in 5E or maybe some other benefit in another system

A ver popular solution for many games is having a "persuasion" and a "deceive" skill.

"Persuasion" often works pretty much like Diplomacy, with perhaps a bit of etiquette and conversation thrown in. It's basically when you want to have a pleasant social interaction with an NPC.

"Deceit" is often a mix of bluff/fast-talk, with seduction, with intimidation, with manipulation, with bluffing while gambling, etc. It's basically when you try to pull the wool over your target's eye, and force, coerce, pr push them to do something. Though you will most likely get what you want, they will most likely end up resenting you later...
Mark as unread