ClosedAdventure Game EnginePrivate3 / weekaphelion
Something's changed, something profound in the very aether of the system. Tensions between Earth and Mars haven't been higher since the Vesta Blockade. In the Belt, radicals foment the flames of rebellion, while factions of the Outer Planets Alliance maneuver for their place at the table... or violent revolution. In the infinite of the void, strange ships fly dark and stranger experiments take place outside the bounds of conscience and ethics.

With the destruction of the Canterbury, a Belter ice hauler, followed by that of the Martian flagship the Donnager and rumours of Eros gone quiet, war threatens the entire system. Still, now more than ever goods need delivering, alloys need mining and ice needs hauling as shortages threaten the populous settlements of the Belt.

The Abzu's Bounty is an ice hauler flying for the Earth corp Krystal Kleer, mining the rings of Saturn. You've ended up on the Bounty for much the same reason as others. Some for gainful if uninteresting employment, some for new opportunities, but most to get away from trouble or hardship. Still, something's changed, tensions are high aboard the Bounty. The crew has no clue how close they are to danger that's remaking the system.
Game details 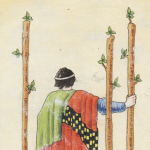 Very initial interest check to see if there's another 2-3 players who'd be into trying out The Expanse system with me on a short, literate but slow and low-pressure campaign, with the option of continuing on after. I was thinking I'd like to try a hybrid GM-Player role, where I play a character but then also run the higher game, but it'd depend on the group.

The Green Ronin system is set leading into the first two books up to Abaddon's Gate (the Ring arc in the TV shows). That'd be where we start and see where we want to go with it.

I like to be super upfront about my values and expectations going into new games. I love play-by-post games, but I also do freelance and contract writing professionally so depending on my workload I can get burnt out on games pretty easily (having to write a bunch after spending the workday writing a bunch), which then leads to falling into the spiral of "feel burnt out, don't have energy to play, feel guilty, feel even more burnt out because of guilt, etc." I'd love to run a game and avoid falling into that trap, so...

You are:
-a lover of hard sci-fi
-a reliable player who can balance patience and kindness with enthusiasm and dedication
-LGBTQ+ or an ally (I'm queer and that's part of the games I run)
-intermediate to strong writing skills
-looking for a low-pressure game, either:
--an arranged time we play for 2-3 hours (on the forum but hanging out on Discord text chat while we do)
--a play-by-post game aiming for 2-3 posts a week, at least to start and see how the pace feels

I am:
-a longtime GM and professional writer
-huge sci-fi nerd, only recently got into The Expanse, but obsessed
-queer (see above)
-lover of world-building, beautiful writing and complicated characters

Let me know your thoughts, and if you have any questions for me!

Oh boy, this is going to fill up so quickly 😄

I am interested but I'm happy to step back and let someone else take the spot. I've seen a lot of interest for the Expanse recently

I'm definitely interested as I've wanted to see how the Modern Age system works in practice...

I'm your Huckleberry, or more accurately Amos Burton archetype. Sign me up for a foul mouthed fire control officer.

Okay, I feel good about this. I have a friend who might want to join too, which is enough people. Let me check out the system for a few days and see where I want to go with it! Feel free to discuss character concepts! Glad we have the steely loveable murderer.

Earthborn Miami native, was recruited to the 305 at the age of 12. Common street pusher, low level enforcement.

The entire syndicate was killed, Lobos narrowly survived due to forced enlistment in the United Nations Marine Corps. Here, with structure and discipline, he excelled. From his induction into the corps he displayed a predilection to lateral thinking. This combined with Olympic level physicality made him an ideal candidate as a Ship to Ship Shock Trooper. Studying interdiction warfare made them exceptionally skilled naval warfare strategists.

The best drugs, education, and physical training made available to these elite few, molded them to be an ideal warfighter. Supersoldiers for a war that never came. The lack of a visible threat rendered the operators no less effective, however no longer funded on the books their methods became nefarious.

It started simple enough. Raiding Martian supply ships to The Belt. Blaming the Belters which the World was all to willing to accept. It turned into high profile kidnappings, ransom to fund illegal warfare. Lobos ran 117 missions for the UNMC before the lines became blurred.

Kidnapping, sabotage, theft, it was all bloodless. Seychelles station changed the scope of the problem entirely. A forced labor colony, under the guise of a private prison. Lobos learned of it's dark nature and killed his Commanding Officer.

Life in The Belt was difficult for an Earther, but not so difficult as a Belters. Lobos learned quickly the amazing gifts he had been given as simple as the circumstances of his birth. At first he pitied The Belters, then he grew to love them. He worked loading methane for a year keeping his head low. Trouble inevitably found him, his skills carried him through it. Making a name for himself in the wrong circles. It was not long before Lobos found himself a Lieutenant for Klaes Ashford, hard-core OPA. How an earther found his way onto Ashford's crew is anyone's guess.
Last edited December 4, 2021 12:25 pm

Beltalowda! Mi pensa mi might play wa Belta pilot. I'm thinking a hotshot upjumped slingshotter who owes some scrip to the wrong people, but who's also good at on the fly repairs and engineering, either as a player character or else a main NPC, if no one else wants to take that role. We've got someone on gunnery, what other roles are people thinking?

Still reading through the system, but I've seen a lot of good things about Abzu's Bounty, it's supposed to be like a season of the show with a little bit of everything, space exploration, good social encounters and intrigue... apparently a ship might be up for grabs for the players at some point... :>

Scrappy belter on the run sounds up my strassa.

MATAR: Mi wa beka teki fo Romolo, amash im vedi mi fly. Im keng keting mi kang du ere da cockpit.
["I was a breaker tech for Romolo, but he saw me fly. He found out what I can do in a cockpit."]

Zaki Matar’s story is typical of a young Belter, as tragic as it is commonplace. His mother, a caregiver to children of working Belter families, died from complications related to childbirth, his father long gone. Zaki and his older brother, Jad, were raised by their grandmother until she died of heart failure, leaving the children to take care of themselves. Like many kids their age, the two sought solace from a hard life in an obsession with ships and the illegal slingshotting circuit, which their grandmother followed obsessively. The two dreamt of one day flying to escape their circumstances.

Barely a teenager, Jad took on work for a Belter smuggling operation out of an Eros breaker yard, owned by a small-time but calculating crime boss, a "legitimate businessmang" with OPA affiliation named Romolo Jafari. Finding meaning in the OPA’s fight, the older brother began to seek jobs with the OPA as well, as an associate of Romolo, handling lucrative and dangerous smuggling runs. Jad was killed one night providing muscle for an exchange between Romolo and the OPA, when Eros security forces intervened--taking the smuggled weapons for themselves. The official story was a dockside depressurization accident.

Out of consolation or to cement his loyalty, Romolo gave Zaki a position as a breaker tech, where he showed a natural talent for gravity assist maneuvers and scavenging in the Belt. Despite a hatred for Romolo, Zaki was suddenly realizing his dream of becoming a famous slingshotter. His first entry in the circuit secured his position, breaking the Eros-3 Asteroid Run time record. A disastrous accident in the Jupiter-6 Run saw Zaki float away with little but his vac suit. The loss of Romolo’s slingshotter ship, the Sowng's Sabaka, put Zaki deeply in debt to the crime boss.

Perhaps in his late teens or early twenties by Earth standards, a lack of proper medical care has left Zaki stunted and gangly, fuzzy, patchy facial hair barely making up for a boyish face. He’s hotheaded and brash, a learned swaggering bravado of a Belter living on the fringes of the system. His upbringing, the death of Jad doing OPA work and his dealings with Romolo have left Zaki with a nihilistic attitude toward Belter factions vying for power, loyal to the Belt but with a protective selfishness that comes off as arrogance.
Last edited December 4, 2021 7:55 pm

Oui, Ashford mi botabosmang. Mi sa-sa kennig die setorie, "Tragedy of the Essex" omo "Moby Dick." Only we have no whale to hunt.

We can still have sugar and tea and rum.

I created a game and am working on creating a custom somewhat functional text character sheet template for everyone to use if they want, so feel free to create a character with the basics.

Really enjoying learning the system so far, it's like D&D with Green Ronin's usually little complicated flourishes, but fairly simple to pickup.
Mark as unread