Has anyone played Gloomhaven? My IRL board game group is thinking about all chipping in and buying it but at $140 its an investment.

Was hoping to get some insight from you guys. 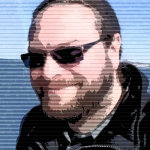 Aye, I played it a bit this weekend actually. It's a lot fun, but it's super involved. If I had to describe it, it would be "Computer Role Playing Game" the board game. The game world and enemy behavior are all very mechanical. The advantage here is that you can have a role playing game without any game master, all the enemy decisions are baked into the rules themselves. Your characters and the world evolve slowly over time so there's a real sense of progression and discovery as you play through the scenarios.

It's the kind of game that you want to set up once and leave out on the table for the next year or two. Once you pull it out of the box and punch out all the cardboard tokens you'll never get it back in the box. I ordered 3 'bead' organizer trays off of Amazon just to have a place to store all the little counters that you need to keep them organized.

I'd say it's worth the $140 if your group can commit to it for at least a year or so of weekly play, and either have a place to leave it out, or don't mind spending a lot of time setting up.

Thanks for your input! My group plays in a gaming pub about every 2-3 weeks, so the set-up and take down might be a bit of an issue. We are just about to finish Imperial Assault so I'm not sure how they compare in set-up, but we are usually Ok with 20-30 min of prep before we get into the game.

I, too, was considering Gloomhaven but went with Mage Knight as I'm more likely to be playing solo. (The games are quite different, but in reading through comparisons the general consensus seemed to be to select Gloomhaven for groups and Mage Knight for solo play)

At any rate, when pursuing this as an option, I ran across some custom containers for Gloomhaven which are supposed to make setup and take down significantly faster, so you might look into those options to see if it would work for your group. You shouldn't need to look hard to find products that fit this description.

We have a tendency to pick up a large tackle box with these types of games so that each of the mini's has there own designated space and can be easily accessed.

The crazy part is one of our wives heard us talking about it and bought the game for one of the guys for christmas so it kind of a moot point, since we don't have to worry about purchasing it anymore!

So excited to get to play this.

Thank you guys for your suggestions and posts. I really appreciate it!

I'm eager to get your impression of the game; I'd love to get a group together to play with here, but I'll suffer (haha) with PbP gaming for now. I'll also try to report back my initial impressions of Mage Knight in case any one has an interest in that as well.

Will do! I think we are trying to schedule our first session with Gloomhaven at the end of January.

Gloomhaven is a terrific game with a group or even solo but you really need a good storage system or it will be an absolute bear to setup and take down. The minis are good quality as are all the components. You can use an app to speed up play if you are so inclined. I used the Y.A.S.S storage system and was pretty pleased with it, although there is some front end work setting it up. If you are a member of BGG here is a good link for it: https://drive.google.com/file/d/1_7yXtHttyNHY0sD7SziPvuRK_UYH4fPu/view?usp=sharing

Regarding Gloomhaven, it's being made into a digital release -- it launches for early access next week. You can find it on Steam. I watched the playthrough of it and it looked good to me, but we'll see how it all pans out. 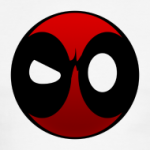 For anyone playing the boardgame, I recommend using the Gloomhaven Helper app. It's free and helps a lot !!

deadpool_qc says:
For anyone playing the boardgame, I recommend using the Gloomhaven Helper app. It's free and helps a lot !!
I will definitely have to check the app out! I tried looking for some when we first started but I haven't looked recently.

deadpool_qc says:
For anyone playing the boardgame, I recommend using the Gloomhaven Helper app. It's free and helps a lot !!
I might have to give that a shot. Was having a hard time with the setup so I was considering selling my copy and sticking with the PC version.

The Helper App really makes a difference. There's also a Campaign Tracker, too. 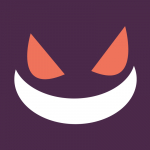 I can recommend the organizer from Broken Token. I set the game up for my group in 15 minutes usually. We also use an app to track combat so there are a few physical components we do not need to set up.

The game is a blast though. Easily my favorite game I own and I own a ton. There can be a ton of strategy to it but it's also approachable enough that my 10-year-old daughter has a good time with it. I love the progression systems. We play a lot and still haven't unlocked all there is to see. The adjustable difficulty is also nice as well for those times when our party just can't manage to make things work and we are sick of replaying the same scenario every night.

The digital version is coming along nicely (for anyone interested in Early Access). I've tinkered with it a bit. One nice feature is it includes an adventure mode that's separate from the campaign. Multiplayer is now functional. The game is still very early access, so be warned.

Stellarcell says:
I can recommend the organizer from Broken Token. I set the game up for my group in 15 minutes usually. We also use an app to track combat so there are a few physical components we do not need to set up.
We have several broken token organizers for other games but haven't splurged on the gloomhaven one. We haven't actually been able to play during covid so we might just restart the campaign after this pandemic ends. I will look into it though.

Airickson says:
The digital version is coming along nicely (for anyone interested in Early Access). I've tinkered with it a bit. One nice feature is it includes an adventure mode that's separate from the campaign. Multiplayer is now functional. The game is still very early access, so be warned.
Is there any thought to add a 5 person option?

If you have Tabletop Simulator, there is a fully scripted mod for Gloomhaven fully endorsed by the creator.

It's not bad, I played through a campaign of it to about midway with friends. My only qualm is that the classes seem to vary VIOLENTLY in power level and effectiveness, just baseline without even taking into account optimal choices or anything. I would describe it as being akin to playing a tabletop game with a DM who insists on sticking to the module as written, without allowing any leeway for 'cleverness' or the like.

I'm definitely seconding "Have a Gloomhaven table", packing it up and putting it back out are a giant pain in the butt, but still do-able. It's just a lot more fun to leave it sitting out and be able to see everything and think about where you are and what you are going to do.

And now I miss Touchy Q. Skidoo.
Mark as unread