As an X-Wing/Armada addict, I've been looking at the best methods for storing/transporting my precious, precious ships. I've seen a few companies that make slotted foam, which is in a sense ideal, but I don't have 8 TIE Fighters, so that'll just leave empty space. People have mentioned to look at Plano boxes, and if I'm concerned, lining them with some soft fabric. I've also looked into pluck-away foam, though being a bit obsessive about organization and layout (have you noticed that about the site?), I'm not sure it's ideal for me. A number of people have recommended I do what I'm doing now: leave the ships in the plastic they come in (unboxed of course), and just keep it all in a big cardboard box.

If you could design a box for your minis, the perfect box, where money an material was not a factor, what would you make? What sort of features/functionality would be a must have? Something like a tacklebox where shelves spring out as you open it? Something more akin to a beehive, where you can pull out line after line of minis? Would you make it from wood? Plastic? Line the container, and if so, with what?

Be sure to mention what games you're playing!

My friend has some really nice boxes made up for his 10mm WWII stuff. Each box contains two removable magnetic trays and he based all of his minis on these square washers (and flocked the tops of them) so they stick to the trays. Really slick setup.

In 15+ years of wargaming I still haven't found a suitable solution that I really like.

Azzorak says:
In 15+ years of wargaming I still haven't found a suitable solution that I really like.
Sure, but what WOULD you like, if you could think of an ideal one. 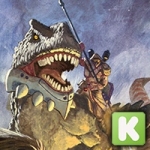 I've been looking for something to store all my Golem Arcana figures in. Right now I'm using two long card storage boxes because they are compact and keep my minis relatively safe. However they all slide around and it gets a little jumbled and just doesn't look visually appealing, outside or inside.

What I'm using right now for my X-Wing ships (the smaller ones at least) is a repurposed crafting supply storage "briefcase". It has three long, narrow, horizontal rows that have grooves along them to insert verticle dividers. It works ectremely well because there are enough dividers to fit all the tokens from two core X-Wing sets as well as 2 X-Wings, 4 Tie Fighters, 2 Z-95, and a Y-Wing. Then all I have to carry is one Core set box with my cards, mesauring devices, and larger ships.

While I like this case I wish the horizontal columns weren't static. Ideally I'd like a case that has a grid system where you can clip in divider walls in numerous configurations depending on the size of the models. Have a a layer of foam in each square so you can cushion the minis. I like the idea of a briefcase style opening to the case so have the inside top padded as well. Maybe have the divider walls a bit shorter than the full depth of the case so the inside top cusion fills the gap. Here is a crude drawing in case none of this makes sense (it still might not regardless, haha).

It was just a quick sktech to get my point across but if you made the squares smaller to provide more options for size a single case could accomadate multiple games. I could make larger spaces for my Golem Arcana models and smaller squares on the other side for my Krosmaster minis or my X-Wing ships. I'd like it to be made of plastic to keep it lightweight/less costly.

Those are my thoughts for now!

I don't have a lot of expensive miniatures or miniatures that are delicate. With that said if you aren't dragging around a large amount 150+ minis have you looked into a gun case?

If you can buy some foam on the cheap, pretty much any sturdy plastic container will do. I myself have used lunch boxes and fishing boxes in the past...

The Skylanders game had some really nice "boxes" for storing the figures for the game. they had thin covered foam dividers and a semi-firm exterior lining. They weren't variable though. But something like that would be cool!

and I use plano cases lined with foam, too

I keep mine in a tackle-like box -- but my X-Wing addiction is not strong in the Force, so a relatively small solution works well for me:

I opted against in-line images because they're big. :)

Those 3 images show a fifth or sixth of my X-Wings. Plus I have Armada ships, which are waaaay too fragile for a tackle box or tool box.

Keleth says:
Those 3 images show a fifth or sixth of my X-Wings. Plus I have Armada ships, which are waaaay too fragile for a tackle box or tool box.
Ah, right -- an addict then. ;) 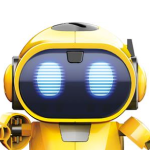 My experience has been that storage and transport boxes are not the same thing. What works brilliantly for storage (normally a drawer system), ends up not transporting as well. And what transports very well (in my case a tackle box with some mdf parts) stores with a lot of wasted space. Also personally i prefer magnets on the minis and washers or sheet mag on the box. The other way round has never worked for me. Azzorak nailed it.
Mark as unread