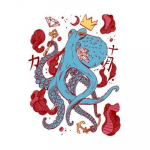 Hello everyone.
Wanted to see who else is excited for the new From software game coming sometime in the future.

I hope this thread helps us theorize about the new mechanics and playstiles we will get.

I for one the game will have a huge focus on limbs. You see, in sekiro we got the prosthetic arm, a very useful tool for the game, and the trailer has a big emphasis on arms detached from the body.

I think somehow we will be changing arms to acquire new skills and powers and this will work in tandem with the weapons and the magic.

I have no clue what you are talking about

Wikipedia says:
Elden Ring is an upcoming action role-playing game developed by FromSoftware and published by Bandai Namco Entertainment. The game is a collaborative effort between game director Hidetaka Miyazaki and fantasy novelist George R. R. Martin, and will be released for Microsoft Windows, PlayStation 4, and Xbox One.
I just googled for it and this is what I found. I never even heard about this game before now.

I saw a trailer for it a while back. Looks interesting... I'd give it a go due to Martin's involvement.

There has not been any news from it since then, I am not surprised no one has heard of it.
Mark as unread