Our hobby is well-suited for telling stories but most of the time on here, while some games are public, interesting stories aren't really shared outside of the game they take place in, which is a bit of a shame.
One thing that interests me in particular is what characters have you come across here on GP that you particularly enjoyed (or are still enjoying if the game is ongoing). To make the question extra exciting, I'd like you to only talk about characters played by other people. Of course, your own characters will always be the best but what other characters have stuck with you?

One character that comes to mind for me is from a now dead Smallville game. She was a former superhero who, prior to the events of the game, had lost her powers and started a brief affair with the boyfriend of my character, who was an NPC, a supervillain and also her nemesis before they both lost their powers. Not only was the setup ripe with interesting drama to build off of, but she was also just fun to play with. And her story only got more interesting...

Aner very interesting character I played with was an evil, sentient gemstone that could only barely roll around when it wasn't being carried, use some minor magic around itself and talk telepathically to people.
It wasn't always an easy character to have in your party but it was definitely a unique concept and it was pretty fun. 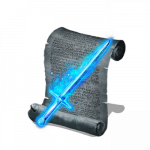 Background:
Taken as a cub and sold into slavery by a group of Adventurers who destroyed his village. His early years were spent on a river galley entertaining the crew and guests pit fighting against dogs and other animals at night and rowing the oars by day, with no formal education provided. He was eventually taken off the galley by pirates on a rare occasion it enter open waters, during the raid the Captain of the Pirates watched as Ajax fought off several of his crew and was impressed with his heart and strength. Once upon the pirate ship Ajax was given his freedom as a crew member and taught the art of the swashbucklers fighting style, flourishing under the tutorial of the Captain. But Ajax never really adjusted to life on the open seas, so aged only 18yrs old he departed the pirates life for the harbors of Coney Eiland.

Ajax has now been with the Warriors for 2yrs, he joined almost by accident when out looking for work within the first few days of being in The Eiland he stumbled upon a small group of Warriors being ambushed by the Destroyer. Without thinking and not really knowing the history or locals of the area he jumped in to help those being attacked. After the fight as thanks the Warriors organised for Ajax to get a job on the docks, from there he become more and more involved in hanging out with the gang and helping them in jobs. Finally six months later he was welcomed in as a full member and the Warriors become his family.

Ajax has proven himself as a brave, powerful and surprisingly graceful soldier, with strong connections within the smugglers and pirates.this is especially fun because him and my character have gotten into a few arguments mostly due to is lack of morals, though it must be said that I am the exception in having any :)

I'm going to exclude characters I've DMed - I have too many favourites there. Just looking at fellow PCs from GP.

I think there has to be a core to a character, some trait that means that we "get them" quickly. I don't mean that the character is a stereotype, but it's like they have one or two traits that the player builds from.

Too often characters are just "race - background - class", or a list of what they've done. Below are PCs who were instantly characters from their first post. If it were possible to capture them in a paragraph then they wouldn't be as great as they were/are, but I'll give it a go.

Drinders (piloted by skeptical_stun) - Drinders collects little things. He's like that drawer full of forgotten odds and ends. He's always investigating and quietly, secretly squirrelling tiny junk away. A strand of wire tied into his beard, a little bit of salt, bits of gravel, or sometimes it's fragments of information. My character met him in prison in OotA, where every little scrap was a resource that could be used by clever little Drinders. It was this quirk that made him a character - and not just svirfneblin wizard.

Vassal (somebox) saw everyone as already dead. They saw the present as dusty ancient apocalyptic history whilst living in it. They weren't evil but had an alien dispassionate mind that seemed to treat life as an algebra problem ending with an underlined zero. It's tricky to get that sort of character right, without becoming a "tell me more of this thing you call emotion" cliche. But they were very well-drawn and utterly chilling to meet.

Victor (DM_MD) - Cap'n "doc" Vicky. A grumpy doctor. There are lots of grumpy doctors, aren't there? But Cap'n Vicky wasn't Bones or Greg House, he was stoically grumpy. He'd go along with everything, but you could feel his disapproval simmering beneath the surface. It was like adventuring with a cross between a silently stern 1950's dad and Eeyore. We'd look to him for guidance, he'd mutter, and we'd do something stupid anyway. 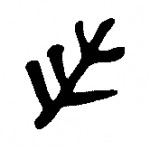 One of the best characters I've played was a pre-gen for a CoC game.
It was an lawyer and accountant for a gangster boss. Initially I was a bit disappointed by the character and his relative useless stats and skills but there were some hint for roleplaying hooks on the character sheet and it turned out to be really fun to flesh it out.
He was cheating his boss and pocketing money. One the character sheet was listed a car as a treasure possession. So in the beginning he was very possessive about it, which made it all the more fun when say car was used as a escape vehicle by another character.

I have found pre-generated characters to be quite fun to play because the creative process is to make something with what you got instead of inventing from scratch. I think this can sometimes be a good way to kick old habits and avoid making the same type of character over and over again.

Edit: I realise this might not strictly count as other character but rather playing with a character someone else have thought out
Last edited July 22, 2021 9:09 pm

I think the rule is it has to be a character someone else has played. But I don’t think there’s a fine or anything for breaking the rules.

I don't know if I can think of a single character, but I once had a guy in my group that would bake conflicting elements into his characters. A monk that had a tendency towards kleptomania, and stuff like that. It was fun to see where he'd let his characters really shine during the RP-heavy elements of a game session. It's the kind of thing that's fun to see when it happens because the characters become more than numbers filling out a form, and begin to have actual personalities.

I don't want it to seem like I'm paying Adam back for mentioning one of my characters, but my favorite is one of his.

Emil was an old music teacher (a DnD 5e bard), long past his prime, that found his way into an Underdark prison. Clearly, not a place an old human should be if they ever want to see the light of day again. Adam played to his weaknesses, making him seem like he was barely surviving in a way that seemed entirely believable. This old man was no hero, he wasn't even some scrappy hanger-on, he was just trying to not die before his time. I felt sympathy for him, and looked forward to seeing where he would've gotten off to, and where his and Drinders' friendship would have headed. Alas, it was not to be.

I can think of a handful of other characters that I've truly enjoyed reading, but most of them were pretty standard, but played excellently. A young bard in our Adventures in Middle Earth game, a barbarian in a Descent into Avernus game (on a different site). Much of what makes characters excellent is the life that players breathed into them. The barbarian I played with was pretty trope-y, but the humor and believability that the player wrote with made him colorful and interesting.

A lot of my characters end up kind of trope-y, but it gives me hope that the tropes can still be fun to read. I don't know if I can increase the quality of my writing, but I can at least give my characters a few more jagged edges to make them pop.
Mark as unread