You don't need to buy books to play D&D 5e. The basic rules are a free pdf, and they're perfectly fine to create your first character. The Player's Handbook (PHB), Xanathar's Guide to Everything (XGtE), Tasha's Cauldron of Everything (TCoE) and other sourcebooks have more options, but why make things more expensive and complicated for yourself for your first character?

We'll be following the Step-by-Step Characters on page 8 of the basic rules.

The fields on the Gamers' Plane sheet are in green.1. From the Characters menu at the top of the screen, choose All characters

2. At the bottom of the My Characters page, in the New Character section give the character a name (Label) and select Dungeons & Dragons (5th) from the System drop down.

3. You'll be taken to a page to edit the character.
Fill in:
* Name with your character's name. Make sure you do this or you won't be able to post as them.
* Level(s) with 1
* Proficiency Bonus with 2

4. Decide on your character's race. This is less mechanically important than new players tend to think. Choose something which appeals to you, rather than for their abilities.

Many races also have subraces. e.g. If you pick 'Dwarf', you might then pick the subrace 'Mountain Dwarf'. Your character then gets all the traits of their race and their subrace.

Fill in the Race part of your character sheet with your choice.

Fill in your character's Speed based on their race's speed.

5. Decide on your class. Cleric, Fighter, Rogue or Wizard are in the basic rules. The PHB has some more. Fighters and rogues are easy for new players to manage, whereas wizards are more difficult. They're all about the same in terms of usefulness, so don't worry about your selection too much. Choose the one you want to play.

Fill in the Class(es) part of your character sheet with your choice.

6. Put the numbers 15, 14, 13, 12, 10, and 8 against ability scores on the left. Look at the 'quick build' section on that class in the book to find out what are their most important ability scores. Then add the bonuses for your race to those scores.

If you want to customise these stats then most DMs allow point buy. Use a point buy calculator to allocate your points. A nice feature of these sites is that they'll often show the race bonus and calculate your scores.

Once you know the Dexterity ability score, put the bonus (it'll be between -1 and +4) in the Initiative field.

Once you know the Constitution ability score, look at the rulebook for your class's Hit Points at 1st Level. Put this score in your character's Total HP and Current HP.

7. Back to the rule books. Based on your class you should see two saving proficiencies (e.g. Strength and Constitution for fighter). Check the boxes on your GP sheet that corresponds to the ones in the book where it says Save Prof?.

8. In the book, your class will have a choice of skills. e.g. A fighter might choose two from (Acrobatics, Animal
Handling, Athletics, History, Insight, Intimidation, Perception, and Survival), but a rogue can choose four from (Acrobatics, Athletics,
Deception, Insight, Intimidation, Investigation, Perception, Performance, Persuasion, Sleight of Hand, and Stealth). Pick your skills by selecting the boxes on your character sheet under Skills.

9. Now comes the background. Back to the book. Choose the background that appeals to you. You should be getting an idea of what sort of person they are by now. Each background comes with a special feature. It also lets you choose two more skills. The book will suggest the extra skills e.g. Criminals: Deception and Stealth. See page 38 of the basic rules for choosing and customizing your background. You'll also get some tool proficiencies and/or languages. I put those under feats/abilities in a other proficiencies section. Some people add tool proficiencies as new skills using the Add Skill and some people put them under notes.

10. Copy over proficiencies and abilities from your class, race, and background to your character sheet. Some people put those in notes. I prefer to put them under feats/abilities. 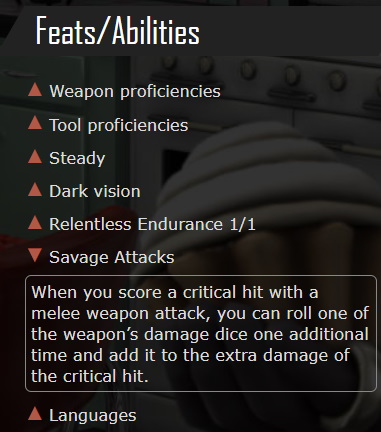 11. Most people choose the equipment packages for their class. e.g.

Go through the selection and copy/paste them in the Items part of your character sheet.

12. Once you've chosen these you'll be able to fill in the weapons part of your character sheet and their AC (armour class).

Ranged weapons use DEX instead of STR (unless they're thrown, then it's STR again).

If a weapon has the finesse property then DEX can be used in place of STR.

Copy the weapon's properties under its Notes.

Yeah, this bit gets messy. If you're unsure then ask your DM to check it.

13. Your AC will be determined by your choice of armour, whether you have a shield, and for light/medium armour your DEX bonus. See the table on page 46 of the basic rules.

If you want other players to be able to see your character sheet then consider making it public. Here's a video about that.

I think that's everything... but if I've missed anything out or got something wrong then let me know and I'll edit this. 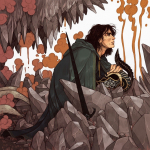 I wish this was around when I first joined here a couple of weeks ago or so...very informative...you might want to sticky this thread for future newbies...I'm actually bookmarking this to see the steps which I might have forgotten...thanks for this ^^ 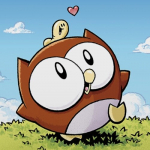 Thanks for posting this Adam! To add to this, I'm droppin these links will take you to the excellent Handbooker Helper YouTube series that will help you navigate the process of creating a D&D 5e character with the Player's Handbook. Handbooker Helper was created by the Critical Role team. 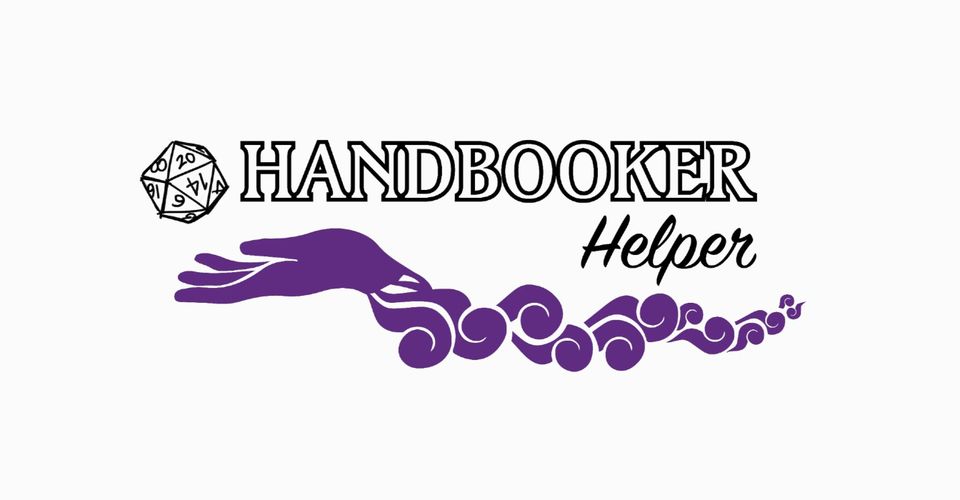 Let's start with some videos that will give some general advice on how to build a solid level 1 character of a particular class. Some of the options they discuss won't be available until higher levels, but it helps to know what direction you're going at level 1 in order to set yourself up for success later on.

And here's some videos that help you gain a deeper understanding of the mechanics and lore of D&D's core races.

This video on Ability Scores will explain what each ability means as well as how the numbers work.

This video on Skills will help you understand what each skill means and help you select the ones that best fit the character concept you have in mind.

Check out this video on Backgrounds to learn more!

Actually it's not how the book tells you to do it, but here's how I like to put together my character sheet after I've decided on race and class, and already have my ability scores, and a loose concept of backstory:

I fill in the sheet like I'm telling a story.

First, race. Because my character is born that way. I put in my stats and apply racial adjustments. I give the PC a name and record the race. Then in the Feats/Abilities section I put racial abilities like darkvision and such. Any languages my race grants me get recorded too. If my race grants any skill proficiencies, those get ticked off immediately. If my race gives me language, weapon or tool proficiencies, these get recorded in the Feats/Abilities section. Any racial spells go into the Spells section at this point. This is also when I save my avatar. At this point I should already know my Speed, and Initiative Modifier but I almost always forget, and don't add them til the end LOL!

Next, Background. I record my Traits/Ideal/Bond/Flaw in the Notes section though I usually revisit and tweak these as the final step. I record the background feature, and tick off the two skills that the background grants. I then add in any other proficiencies granted by background, such as additional languages and tools. If I'm using the equipment package then those items go into inventory at this point.

Now I'm transitioning into Class. I put in my class levels and proficiency bonus. And now I pick skills from the class list. I already recorded skills granted by race and background so I avoid any overlaps. If overlaps are unavaoidable, then I invoke the PHB rule and pick something else. Class features go in. Saving throws go in. Weapons, armor, and tool proficiencies are updated as necessary. Inventory gets updated. Weapons go into the appropriate section, including attack roll and damage calculations. Now I can calculate Hit Points and Armor Class.

If I'm a spellcaster, then now's the time for spell selection.

Review and tweak as needed. Finished!

Get the new D&D5e sheets here!
Mark as unread