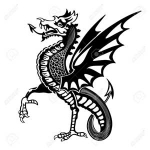 I would say it was a success all around. These guys are top notch players and can really lay out some rp in a post. It was very immersive and this crew made it easy to set aside reality and picture yourself in the world of the Witcher. Kudos all around. Lots of cool discussions about rules, setting, and some weird facts, like how briny the Pontar river is...funny.
Here's my assessment of the Witcher Tabletop RPG:

Organization is not so good in the Core book. It was difficult to find Dodge and Criticals and how it all works. Skills were easy to find, but rules were all over the place, kind of like Cyberpunk Red (also a poor layout - at least for me.)

Character Creation is a little crunchy, I don't mind, but as you all mentioned, we had TWO Witchers instead of just one. Magic is not as powerful as I thought it would be, should've killed a Drowner with one spell - at least that's what I expected. Why? Because these characters are experienced and highly trained. They are not bakers, hunters, farmers, and such, just starting out on an adventuring life. They are produced in the mix ready to be used as full fledged adventurers.

The Combat system is almost there. I think they should use Action Points or something similar. Defending every blow is tedious, but some games, like the Mythras RPG, make it much more intriguing and worth using an action even when the attacker misses, not so in this system. I had a Dodge Critical, that was inconsequential. Should've been like a Riposte or Counter Attack or something like that. Also had a Critical Fumble that had no consequences either and a little confusing to solve on the fly.

Overall, I give it 3.5. Not my cup of tea though so I'd rather not torture myself running something I don't really find that fun. The adventure was fun, but the system is what turned me off from the Witcher Tabletop RPG.

I played in this. It was well done, I would jump in a game run by Umbral in a heartbeat.
I was unfamiliar with Witcher, so some of that flew over my head.
I enjoyed the life path character creation. It is a deadly game for sure. I took the only hit in the combat and took 26 out of my 40 HP. It would have killed a couple of the players.
As it was, I probably would have needed 3 days rest due to cracked ribs.

Just due to not knowing the lore, I probably wouldn't jump in to another game of it 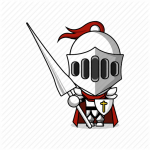 I'd definitely join in another game of Witcher. I hope someone picks up the torch.

It's awesome that you make this post-game review. Thank you for that.

A topic I deliberately skipped in my GamersExplane talk, was: What makes this game system special?
If we compare it to The Other Game, what can Witcher TTRPG do that D&D 5e can not? There is a difference in the character creation, but when the characters are ready and the dice are cast, then how does it stand out?

Quote:
It is a deadly game for sure. I took the only hit in the combat and took 26 out of my 40 HP. It would have killed a couple of the players.
As it was, I probably would have needed 3 days rest due to cracked ribs.
Sounds like Witcher at least 😄
Mark as unread