No love for 5e Strixhaven - A Curriculum of Chaos

Everybody into 5e seemed to be talking about Witchlight before that came out and there are two public Witchlight campaigns, but I've not heard anybody planning to run Strixhaven.

Is anybody excited to see it?

I was planning on asking if anyone was planning on running it too (much like i did before Candlekeep came out) when it got a little closer to the release date. I am very excited to see if anyone runs it on here, and have intentionally been resisting the strong urge to start/join another game recently, in anticipation for both a Strixhaven game and your potential IDRotF game.

If I remember correctly, I think you just narrowly missed out on my last IDRotF game. I best remember to keep you at the top of my list.

I have enjoyed all the MTG setting books that have come out so far, but partly that is because I played those settings in MTG and really enjoyed them. I have since put TCG hobbies aside and so have never seen the Strixhaven. Judging by the art it's going to be awesome. Lots of cool ideas here, and I'm excited to see it and strip it for parts. Maybe one day I'll even run the setting as intended.

This one they posted on their Instagram account in hype for the release of the book is one of my favorites. A giant scroll Gatling gun 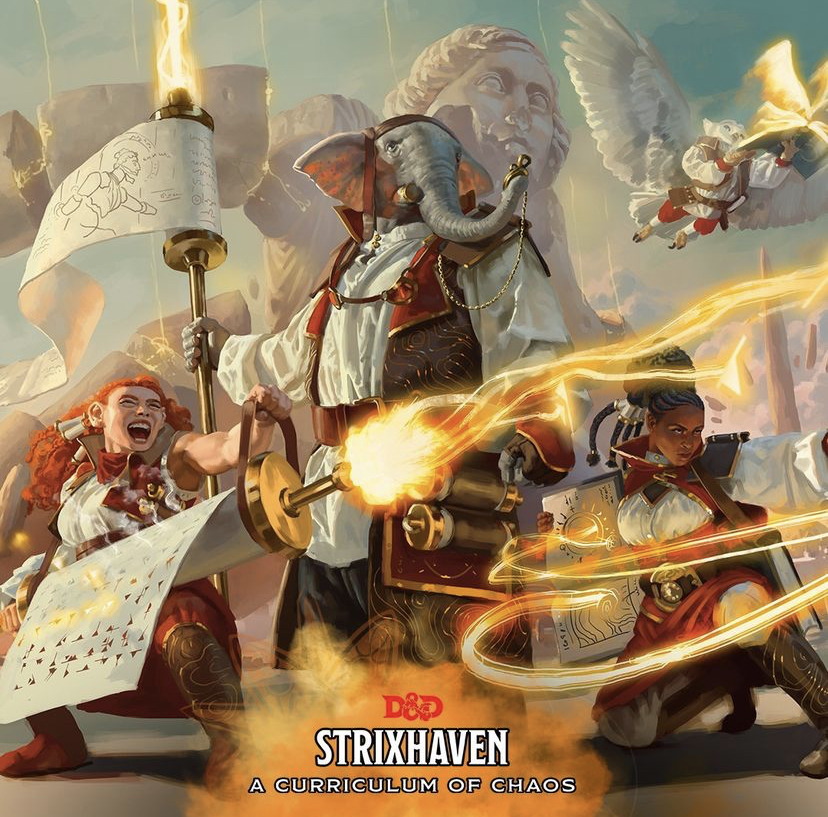 I love to play a magic school games. Should there be an opening for a Strixhaven I would jump at it in a heartbeat!

Being in the Strength of Thousands Pathfinder African magic school game, I see how Pathfinder 2e pulls off the training/learning part alongside of the level system. I have my doubts of how they will pull it off in D&D 5e successfully, but there must be some rule variations that makes it work. I'm very interested in those. 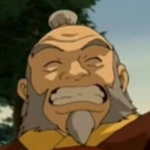 Love MtG. Love D&D. But for some reason I don't get excited about playing D&D in an MtG setting. Don't know why.

If I remember correctly, I think you just narrowly missed out on my last IDRotF game. I best remember to keep you at the top of my list.

If this is the start of throwing our hats into the ring then maybe one of these will work!

And it's Icewind Dale. Do you think those are appropriate hats for The Frozen North? 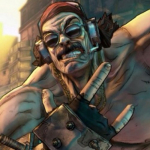 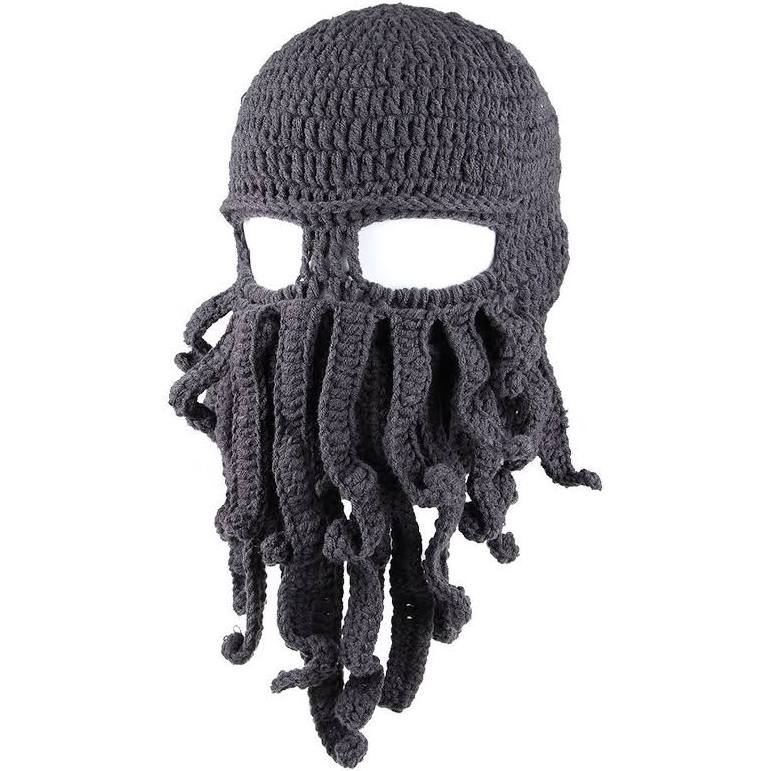 What about this then

It’s almost time for this book to drop. Any chatter about it?

DnDBeyond also released a free one-shot that is set in Strixhaven a couple days ago.(But I just can’t stop reading the Firejolt Cafe as Frijole Cafe and it’s really buggin me out lol). It’s silly, and has a very similar vibe to the "play as a familiar" one they released a while ago.

I'm seeing a few reviews about it here and there. They mostly conform to what I expected from the book: Good, if that's what you want. It's a magical college and it sets up a framework for adventure within that. Apparently it comes with a small adventure within the college, but it's still 'magic school misadventures' stuff, like schoolwork, relationships, faculty, and the rest.

There’s a ton to like about Strixhaven: A Curriculum of Chaos. It does a really good job of taking the MTG ‘wizarding school’ location and turning it into a great D&D setting, including a nice pre-made cast of faculty and students. It sets up a good framework to make things like classes and activities and relationships into something mechanically meaningful. But you do need to have the right DM – A Curriculum of Chaos just isn’t something that the DM can pick up and run. A session zero is probably more useful here than in any other published 5E adventure just to establish who these characters are, why they’re at this school, and why they’re hanging out together all the time. The DM needs to keep track of all of the student NPCs and how they interact with the PCs. They need to proactively inject social interactions and, to a lesser extent, academic events, into the story. You can maybe get away with not creating fun scenes during class, but you’ve absolutely got to work in those social interactions (it reminds me of something Powered by the Apocalypse, like the Phoenix Academy setting for Masks). But if you’ve got that right sort of DM – and the right sort of players – there’s a big payoff to be had. For the right D&D group, Strixhaven: A Curriculum of Chaos, will be fabulous.

AVOID IT
If your players want to play morally ambiguous or even evil characters.
If you are looking for a heavy setting book for Strixhaven. The actual setting content clock in at only twenty-three pages but the adventures are full of interesting locations such as cafes, taverns, libraries, stages, and other places you’d expect to find on campus.
If you have no interest in running a campaign that spends all of its time focused on school life.
If your table doesn’t enjoy focusing on heavy roleplaying, social encounters, and non-combat challenges.
If you are looking for tons of new content to drop into your own campaign world. Other than the owlin race and the spells, the player options are limited and only really useful to this campaign. Also, the "monsters" are solid and provide a ton of casters that can be dropped into any campaign but are pretty specific to this campaign.

Thx for the summaries.

[ +- ] reddit
I got an early copy of Strixhaven to read through and review. Now that it has dropped, here's what I thought!
Quick Review (No Spoilers)

Player options account for approximately 21 pages of this book and include:

A new playable race, the Owlin
5 new backgrounds for Strixhaven students, one from each of the Strixhaven Colleges
2 new feats
5 new spells
8 new magic items

The rest of the book is for DMs and will be primarily used to run a game in the world of Strixhaven:

The adventure included in this book makes the setting a lot more accessible to your average playgroup. Other campaign settings which only provide an overview of the setting are reliant on the DM to homebrew an entire campaign whereas the Strixhaven book gives tables a good launching off point.

The adventure chapters provide plenty of area maps as well as battlemaps for important locations around campus that can be helpful even if you aren’t going to run the adventure.

The NPCs provided in this book are fleshed-out and can be useful for running a Strixhaven campaign even if you don’t follow the adventure.

The backgrounds provided in this book are very unique because they provide a feat based on the college chosen, on top of extra spells. This makes the student background easily the most powerful background choice released in 5e, though they are quite specific to Strixhaven. They may need some reworking to fit into other settings, but for those players looking to optimize a build for another campaign they will provide a significant power boost.

This book is very much a resource for running adventures in the university of Strixhaven. There are only a couple of pages devoted to the larger magics and mysteries of Arcavios which introduce more questions than they answer. If you’re planning an adventure that uses Strixhaven as a starting point and are planning on branching into the rest of the world, you won’t have much information to go off of.

Likewise, because this book isn’t entirely devoted to the adventure, it is lacking in some areas. We discuss the adventure, what it does right, and where it can be improved in the in-depth review.

Most of the playable options presented in this book (spells, magic items, background, feats, and even the monsters to some extent) are very setting specific. If you were to buy this book to read, but also wanted to have access to the content for a separate non-Strixhaven campaign, there won’t be a ton of options that can directly be transferred across without having a wizard school of some sort in your world.

Apart from four classes (one for each year), classes are skipped over entirely. We have attempted to remedy this situation by compiling 144 class ideas for Strixhaven courses in our supplement Strixhaven: A Syllabus of Sorcery.


I think the conclusion is that if some would run a magic school game in D&D then Strixhaven is the place to go for inspiration and support, but not for a finished plug-n-play campaign

Yeah, It also doesn't seem to have enough to run your own adventure in Strixhaven's walls, thought the adventure path is a big part of the book and I haven't looked at that yet. 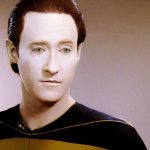 Is there anyone planning to run through the ‘basic’ Stixhaven adventure path? It definitely looks like there are people interested in playing it.

Different question then... while I do not think I could dedicate myself to GMing a full Strixhaven run-through in PbP (at least, not at this exact moment), would those curious about the concept/setting like to play a more laid-back episodic kind of adventure in Strixhaven, following a study group that gets into whacky magic shenanigans?

For full transparency here, my imagining of this is like the Dan Harmon sitcom "Community", but with monsters and magic and things.