While looking for more free tabletop RPGs for my free games and resources thread, I stumbled upon this Diablo-clone which I thought might interest you guys.

Drag it to your application folder. Then right click on it to start it as Apple tends to get a bit paranoid about non-Apple apps on their computer. Select "open" and you should be able to open it normally from now on.

Tried it. It's interesting if a bit grindy. But this tend to be par for the course for Diablo-clones.

Tried that, nope. It just does not run.

Valdus says:
Tried that, nope. It just does not run.

Huh, weird. What version of OSX are you running?

Hmm, I run Maverick. Perhaps the game is not coded for newer versions of OSX? 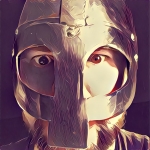 @Valdus: Do you get a warning that it's unsigned/untrusted developer?

Since Apple started with the App Store on Mac, they also added extra security to protect users: Gatekeeper. If you want to install apps from outside the store you now have to go to Preferences -> Security & Privacy -> General and select "Allow apps downloaded from: App Store and identified developers". Then there's just one more hoop to jump through: Find the app you want to launch, right click it and press open. You'll now see a warning that it's by an unidentified developer. Press open. From now on you can open it as normal (you only have to do this once per unidentified app).

Of course, you should only do this for apps/developers you TRUST. I have no idea who the devs are for this diablo clone, so I take no responsibility. Only thought I'd empower you to make your own choices. If there is malware/viruses etc in an app you run you will be infected (which is why apple enforces Gatekeeper by default). Never run anything in this manner that you are unsure of, or hasn't asked for.

That being said, it looks like Kajael has run it without trouble, so it's probably ok. But again, no promises.

Well, so far the game looks safe, but yeah, you need to be careful what you run on your Mac. I had some bad experience with MacKeeper which is basically malware in disguise... And the irony? It's advertised to protect your Mac...