So rather then people suggesting rampantly what systems to add in the suggestions section, here is where you can lay in votes for what system you would like me to add in next.

I will eventually finish a small module to let you vote on systems, at which point I''ll change this thread, but until then simply respond here with whatever system you want, and hopefully I know the system and can add it quickly, or I don't and can't.

Bare in mind, you can suggest something someone else has suggested. In fact, if someone else puts something down you think is a good idea, suggest it, as that way I know there's more interest for it, and I can move it to the top of the list.

A simple and interesting game that lends itself well to forum rp is called Little Fears, the anniversary edition but Nightmare Edition is the most recent version of the game. I would love to start a simple Little Fears game as my first game on the newest iteration of GP and therefore would like to see Little Fears added. Little Fears is a brutal game of childhood terror where the monster in the closet is all too real but adults have grown to far from the innocence of childhood to see them. When the five year tells his parents about the monster under the bed and then disappears days later they blame a kidnapper. Why is the kidnapper never found, because the child was taken to closetland by the horrors that lurk in the shadows. Anyway great modern horror game with a twist, you play 5-13 year old characters. 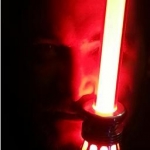 Chalk one up or Mongoose Traveller 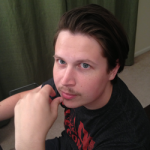 I move to add Dungeon World as a listed game. Character Sheet support (while nice) is not really necessary nor ideal due to the abundant third-party offerings that are best copied and pasted as needed since each character will have different moves, etc.

Well, what I mean is that you can just leave the Dungeon World system linked to a "Custom" sheet, in essence. But I wouldn't sweat it either way until there's strong interest for the system.

The way I designed the code, a system HAS to have a character sheet. I can create a copy of a Custom sheet for now, but I think I'll end up making it more efficient later.

Still hoping for Little Fears due to its inherent simplicity making it easy to add. Also wouldn't mind seeing Numenera or any of the games I listed in my Gamer's Plane's first Game thread a while back. Of course I know you have a lot to do, so in due time I am sure.

100% vote for D&D 5E. There is little to add, except the ability to roll 2d20 and keep the highest or lowest. When you get that I'll take the website for a spin. 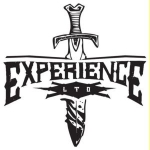 wouldn't that just be rolling the d20 2x and picking which you keep...just saying

Yea the site already has the functionality to roll a 2d20, the only thing that is needed is the addition of 5e, but Keleth said that will be delayed until he readies the database for the v2 character sheets.

Yah, some of the stuff in 5e is perfect for the v2 character sheet features, so 5e will be the first v2 character sheet. The sheet itself is mostly ready, I just have to do some big DB changes to make it workable.

Excited to see that 5E is in the works!

Star Wars, Saga Edition? Don't know that one at all.

And yup, I'd say 5e is about 70% the way done. The database updates are taking longer than expected, but should give everyone some really nice results!

It's a d20 based system, it's very similar to d&d with certain exceptions.

Systems that would be good to see here: Mouse Guard (Based on Burning Wheel) and Numenera. :D

Ah, Numenera, I keep neglecting to get to that one. I Kickstarted The Strange, which I should add. I need to learn Numenera to add as well.

The Strange is basically the same system as Numenera. Would like to see them both on here eventually.
load next