Chapter One: The Iron Sphere of Sthombo

Seeing that the Justicar will require further intervention to survive long enough for the city guard to find him, Felor starts to apply first aid.

Not sure if I need to have any actual medical kit for this, because I don't.

Just stick a wad of raw sewage onto his wounds. It's nature's ointment!

I didn't even see a medicine kit in the gear list in the players handbook... so I'm guessing we don't need one.

As the Justiciar slumped over, Leth had another arrow drawn and set on his bow, though he did not draw it back. He carefully eyed the newcomer silently while Felor moved to attend to the scar-lipped man. If this is the Devil of the Sewers, he doesn't look quite as ghoul-ish as I expected... could be a tiefling. Still. Best to be careful. He thought to himself as Felor and Mordred exchanged words. When Mordred sheathed his rapier, Leth slowly put his drawn arrow back into his quiver.


Quote:
"No sense in adding an actual murder to our fictional crimes,"

"I concur... though the authorities probably won't care either way." He said unenthusiastically.


Quote:
"...I won't bother asking what you did to piss off the Justiciars, but I will ask that you not bring your trouble into the sewers any more."

Leth glanced up at the Tiefling. "Believe me, this is not how I anticipated this day going when I woke up this morning." He grumbled. The words of The Pater came back to him as he pondered this newest turn of events and climbed up out of the water on to the ledge.


Quote:
"My advice to you is that you endeavor not to draw anyone else into this intrigue. Quite enough lives have already been lost over the matter of this lump of iron."

Two-fold advice for our situation, then. Don't drag Mordred into this, and try to keep the Justiciar from dying.
Leth approached Felor and inspected the wound he had inflicted. Growing up, he had been taught how to shoot, but it was always in the context of hunting or protecting himself from wild beasts. He'd never imagined having to use his skill against another person... So seeing his own arrow protruding from the jaw of a human being caused him to shudder, but he had to push those thoughts aside if they had any hope of saving this man's life.
"We need to remove that arrow without it breaking... and then stop up the wound before he bleeds out." He said, ripping a segment of cloth from the Justiciar's clothing. "We can use this as a bandage."

He barely hears Mordred's question. "Yes," He says without looking up, "We just need to get out of the city without attracting the attention of any more guards. We'll be heading south once we're out, if that makes a difference."
Last edited October 20, 2015 6:43 pm, a total of 2 times

While the head on Leth's hunting arrow was not designed for maximum lethality, drawing it out of Scarlip is nevertheless a difficult and bloody process. Felor and Leth get him bound up as quickly as possible, but it's clear that without a spell, a potion, or skilled medical attention, he will not live long in his present state, and even if he should survive, he will likely never be quite the same man as he was.

"The question is, what do we do with him now?" Leth says, looking at the Justiciar. "If we leave him here, who knows when he'll be found. Probably too late. But at the same time, taking his body with us would be a huge hassle... not to mention incredibly suspicious looking." He looked at Vad and Felor, hoping they might have a solution.

Can I guide them through the sewers/back alleys/rooftops and out to the south without alerting the authorities? I have the City Secrets Feat/Ability - allows me and my companions 2x movement through the city - is that applicable here? And do I need to make any kind of a roll to connect these miscreants heading south to what I know about Zora?

Yes, you can guide them to a concealed passage out of the city. You don't really have the ability to make the Zora connection until you guys start talking a little more...

It doesn't help that Leth was literally just advised not to tell anyone else about what's going on hahaha
Last edited October 20, 2015 8:29 pm, a total of 2 times

Felor continues to examines the wounded man, shaking his head and sucking air in through his teeth.
"This is a nasty wound. He's going to need more than bandages. His hands should be bound before I do this though, in case he wakes up."
Felor removes some rope from his pack and quickly binds the man's hands, then closes his eyes and intones "Fjorgyn, grant this man your mercy, he acts against us but favour him with your benevolence, for he has been manipulated by a greater power".

With that done, Felor stands and picks up his spear.
"We should move, the city guard may not be far behind." He turns to Mordred, "Can you show us a way out of the city, friend? I expect you'll want to make yourself scarce from here for a while anyway."

Does the party still have the dagger with the crown insignia on it?

Nope. I left it with the justiciars back at the start of the chase to try and prove our innocence... and it was the other justiciar that grabbed it
Last edited October 20, 2015 9:17 pm, a total of 2 times

The Healing Word seems to stabilize the justiciar, although he remains unconscious.

"Very well. Unless any of you have pressing business to conclude in the city, we should leave now, before this one wakes. Where exactly are you headed? There are different subterranean exits from the city, and you will need as much of a head start as possible, if the Justiciars decide to pursue you."

"South. We have business near the-" Felor catches himself before revealing too much. "We have urgent business to attend to."

Mordred narrows his eyes at the cleric.

"Look, I've just helped you murder - temporarily anyway - a Justiciar of Sthombo. If he saw me, and word of this gets out, my Guild will banish me and possibly get the Assassins after me. I understand that you are hesitant to trust a half-demon you've just met in the sewers, but I'm trying to help you. I can take you to the Hazard Road or the Coast Road and save you half a day's travel getting from one to the other. If you will trust me with your final destination, I can even give you some ideas about safehouses and boltholes from here to Orsen. Alternatively, we can part ways here and you can make your own way out of the city. Careful, the sewer rats are bigger, smarter, and meaner than you might think."

Is a Persuasion check needed/allowed against PCs? 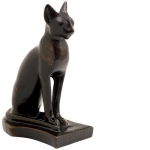 "I knew I half-demon once. The things that woman could do with her tail...." Vad quickly pauses, realizing that now is probably not the best time to brag about his conquests.

"Anyway, I don't care where we go, let's just get the hell out of the sewer please!"

Scarlip lets out a long, low groan, and mumbles a few semi-coherent words through his bloody, bandaged face.

Leth eyes the moaning justiciar nervously. He really didn't want to divulge information, but they couldn't afford to stick around and argue the point... besides, as long as Mordred just wants to know their destination, he doesn't have to know why they were going or what their business was. He grimaces for a second, then sighs. "Fine. The Ophid. That's where we're heading." He says quietly to Mordred, just in case the Justiciar might still be able to tell what they're saying. "Now can we please get out of here before our friend wakes up?"
Last edited October 23, 2015 4:07 am, a total of 2 times
38 of 39
<< First < 36 37 38 39 >