I have been playing more RimWorld lately, now with the Ideology and Royalty add ons. Great fun making a group of people struggle to survive in a world filled with raiders when they believe being blind is enlightening.

PC Building Simulator is free on Epic and I just tried it out last night and really had fun! It's the kind of calm and therapeutic game where you can just zone out and tinker with stuff. Also great music and progression system.

nezzeraj says:
PC Building Simulator is free on Epic and I just tried it out last night and really had fun! It's the kind of calm and therapeutic game where you can just zone out and tinker with stuff. Also great music and progression system.
I've goofed with this game too, I really enjoy it for the exact reasons you mentioned - very relaxing to play.

Speaking of relaxing games, I recently jumped into Hardspace: Shipbreaker. I find it very satisfying tearing junks apart for cash.

Anyone know of any video games that are survival but don't rely super hard on the challenging aspects of the game? I'm looking for something that would be more of like a bushcraft sim.

It's not exactly what you're looking for, but I'll never stop recommending Subnautica. It's underwater and the crafting aspect is a bit "sci-fi" (you use a replicator that looks like something from Star Trek), but the biggest draw is expiring the world around you. Still in my top ten of all time. 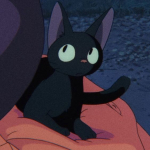 Subnautica is really fun, agree. Not many bushes in it though. Still need to get around to buying the 2nd one.

I really enjoy The Long Dark. You can't really craft your own structures, BUT it has a lot of depth to the survival elements of its gameplay. Changing weather, getting colder if you're wet, changing wind direction, that sort of thing. I find it relaxing on lower difficulties. It is stressful 'til you learn the basics of it but it has a LOT of customization for difficulty settings. You can turn off hostile animals, tweak the amount of loot in the world, and so on. I found just putting everything on Baby Mode while I learned the basics was helpful.

Generally, you scavenge for food, resources, warm clothes. There's a variety of wildlife to encounter. Lots of things to craft. You hunt, explore, and so on. You can set traps and fish. Boil water, cook food, day to day stuff. However, it's also more desolate winter environment than a lush, green forest. Very pretty though. Nice sound design and ambient music. The Aurora nights are gorgeous.

It's really rewarding once you start memorizing where everything is and using landmarks, and figuring out how to get by day to day. It has great art direction, too. There's a Story Mode they are releasing episodically, which I always recommend to newer players because it has Checkpoints. The base Survival game doesn't have Checkpoint, but if you die in Story, it won't reset your entire run. I don't think it's unfairly hard, but dying & losing runs is definitely part of the process.

The other one I like is The Forest. It has some creepy enemies, but you can tweak the settings and play on peaceful mode. You can build structures, need to gather food, water, and that sort of thing. Lots of chopping trees & building things which is kind of bushcraftesque. Lots to explore on the island too, if you aren't put off by horror elements. Even with enemies turned off, a lot of the environments are creepy. I think it's more a "bushcraft if you squint" type game. Wouldn't recommend if you can't stomach horror games though, generally. 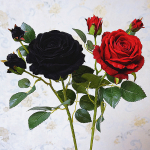 Got Horizon Forbidden West when it was released.
I don't have a lot of time to play it, as I spend more time playing TTRPGs and PBPs, but I sure love it and I am still playing it.
I have unfogged about half the map by now.

The Horizon world is just awesome.

I have been dividing my time of late between Rise of the Tomb Raider and Batman: Arkham Asylum. When I need a break from thinking, I play Lego Star Wars or Lego Indiana Jones. Going old school, I sometimes pick up Majesty or Heroes of Might and Magic III for something different. And if I'm feeling particularly aggressive, I'll play Civilization IV or VI.

Bananabread says:
I really enjoy The Long Dark.
I have played more hours of the Long Dark than any other game, and I still love it. And it's still growing. When you put it down for a bit, a new map area or story chapter gets added in an update and your interested all over again.

I hear that they will support mods eventually, so crafting structures is hopefully on the way.

Damn if I have not gotten into video games lately, and I am damn ticked off about it. I have a steam list longer than Santa's, but nothing grabs me. I am really really into play-by-post right now.

Same with me. I have loads and loads of video games in Steam but always end up here.

Trying to figure out ZDawn. I'm not quite sure I've gotten this game down just yet, but I'm thinking of new strategies...

I passed on Cyber Punk 2077 because it looked like they launched it before it was ready. Is it good now? Are you using a console?

I've been jumping between Football Manager, XCOM War of the Chosen, Pathfinder Kingmaker and Warhammer Vermintide, but now TMNT Shredder's Revenge is out and it's the best thing ever.

Don't play much, but I have a soft spot for 1990s point and click adventures.

Recently discovered that GOG.com has a vast catalogue of classics already configured to play on modern devices, and I have been indulging in a little Indiana Jones and the Fate of Atlantis, Sam and Max hit the road, etc.

Also modern 'retro clones' of that genre, like Darkside Detective and Thimbleweed Park are good fun.

Skallagrimm says:
I passed on Cyber Punk 2077 because it looked like they launched it before it was ready. Is it good now? Are you using a console?
I enjoyed it using keybord + mouse. Have finiched it twice

Currently, I have dusted off Dragon Age inquisition that I have never finished.

I like DA:I. It's not perfect but I finished it twice and got a lot of enjoyment out of it
load next