The train itself was actually roomier than you had expected. There was little in the way of common spaces, and sharing one car as a single room was not the worst thing in the world. After almost a full day's travel it was starting to wear a little thin. Phina had poked her head out of the lab car at the end every once in awhile, talking excitedly with Nix about what it would be like out there, living the life of adventure. But much of her time was spent in her lab car doing whatever she was doing in there. She only made a few references to working on 'something big'.

The other two crew cars ahead of yours were filled with the soldiers. Their cars were a little more packed. Bunk beds helped to house them all, but space was still limited. The middle space between them was usually filled with a few barrels that were used to play various games on.

The view outside was as unchanging as it had been since this morning. Once you left the station you entered a dark tunnel. You've been in a dark tunnel. All you see outside is the walls of a dark tunnel, only somewhat lit by the lamps inside the car. It's been hard to judge how much time has even passed, but Phina, on her last visit had mentioned it had almost been about a days travel, but at this rate it was starting to seem like it had been at least two.

The train continues to chug on through the dark tunnel, completely unaware of the passage of time, but still chugging dutifully. You're feeling tired and ready to bunk for the night/day/whatever time it may actually be outside of these dark endless tunnels.

Xadira
It is around this time you feel a bond start to forge with the Rod of Absorption. You suddenly get a sense of the past of the weapon, and it's current level of charge. It currently has 8 charges left in it. In it's lifetime it has absorbed more than a thousand spells. Whoever had this before made good use of it. 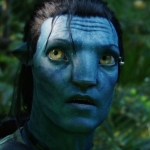 More so than usual, Firn is taciturn and almost unresponsive to any attempts at casual conversation. Much of his time is spent in a chair, tense and rigid with hands gripped upon the armrests, wide-eyed in near-panic at this unnatural mode of transportation. The constant view of darkness outside hasn't done much to alleviate Firn's obvious discomfort.

"Speak up!" he says, to whom is unknown. "Can't believe with all the noise you think it's easy to hear you."

The rest of the party hears Firn talking to...what seems to be himself.

With nothing better to do, I summon a hawk to keep me company as I pour over my books and notes on Salar.

A hawk appears near Xadira and moves over to where she sits. It seems to look over her shoulder and read the book as she does.

Aelar goes and sits down next to Firn, "You alright? You don't look so good."

As I look over my books, I pay special attention to names and descriptions of the major players in Salar, whether it's physical descriptions or symbols of the various industries. Whatever can help identify potential allies when we arrive to the city.

Firn doesn't look at Aelar, staring straight ahead. "Fine," he says in reply. "Just wish those ratmen-slash-gnomes working overhead kept it down." 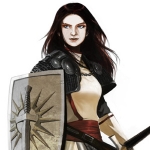 Eyebrow raised, Ütés peeks above the maps that she's been continuously studying during the trip, and glances over towards Firn. Gnomish ratmen? Such nonsense!

Nix spent the first half of the trip talking everyone's ear off and exploring the train. She even went to play cards with the soldiers but soon returned, saying something about it not being fair taking their money. Eventually though, changes are seen in the gnome's behavior. She spends more and more time doing calisthenics and breathing exercises. Once, to everyone's surprise, she even spends a full ten minutes in silent meditation! Nix claims these are "pre-mission preparations."

Bill, after getting on the train has mostly been sitting on his bunk and playing a lute he was given from the Daggers. He tunes and retunes but never seems very happy with it when he tries to play.

Eagin took as turn in the other car after Nix had returned. Eagin came back with a smirk on his face and a new purse of coin. Let's hope they fight better than they gamble, he said returning to his own bunk and spending some time looking over his various daggers and throwing knives.

After hearing Firn's strange ramblings of gnome ratment he looks to the ceiling, wondering what the heck the gensai is talking about. There are no people above us, friend, not sure if you've noticed, but we're on a moving cart, he says but looks up every now and again himself. You know, he adds, trying to help Firn become less solidly fixed to the chair he sits in, it will be worth the trip. The waters around Salar, are some of the most pristine in the world. The aquifer they have is filtered up through the sands of the desert. Clear as crystal.

Aelar gets out the string the woman gave him at the fortress and looks it over to see if he can figure out what the best use of it would be.

Bill walks over, seeing Aelar fiddling with a small plastic package. Ah, looks like you found some of the strings. We had some of our show equipment with us when we arrived here. Unfortunately not much of it survived the trip, and that that did doesn't function without working power. These are a choice set of strings.

He looks down at the lute he carries and the back to you. It's been tough trying to learn on something with so many strings. It really doesn't quite make the right sound. Of course a total lack of distortion doesn't help either. If we end up finding my instrument I'll show you how to play it.

Firn only half-listens at Eagin's words, but his interest in the prospect of a natural aquifer is noticeably piqued. Still, he seems distracted and tense, but he says nothing further about it.

Firn rises suddenly, and steadies himself on the chair. "Just like a boat," he mutters to himself, before leaving the car on unsteady legs and heading towards out the car towards the front of the train. His eyes look upward as though he could see through the ceiling.

Eagin watches Firn stand and start heading out through to the other car. Then he turns to the rest, Is he normally like this? Seems a little...unhinged.

"Hmm?" I look up from my books as if noticing the other occupants of the room for the first time. "Are we there already? How much time has passed?"