Mordred struggles a bit, but manages to ascend the rope and escape the basement.

In the interest of moving things along, I'm giving Leth a free pass up the rope.

Leth ascends right behind Mordred, leaving Domarc alone in the basement. The carpet in the middle of the floor is burning, the fallen beam laying across it. Ash and embers rain down as the fire consumes the roof of the holy house.

Domarc, you can take an action. If you'd like to leave the basement now, you can shout to Zangua and get pulled up -- no Athletics check required.

Domarc pauses for a moment, peering about, trying to make sure the troublesome priest isn't waiting to pull him back into the fire. He turns and coils the rope around his arm, calling for Zangua to pull.

As he is lifted from the basement, Domarc makes sure he brushes against the wall, picking up soot and maybe even some burning embers on his clothes. He also inhales deeply, drawing the smoke in, so that by the time he emerges he is coughing, with tears from his irritated eyes streaking down his face.

Once up top, he will turn and drop the end of the rope back in, spluttering "He said he'd be right behind me!"

The crowd outside gasps and recoils a bit when Mordred emerges from the burning ruin. "Pater! Pater!" the blacksmith cries into the smoking pit below. Leth tumbles out next, followed by Domarc. The blacksmith grabs him roughly by the back of his shirt and tosses him aside, muttering darkly. Then he gets down, grabs the ledge, swings his body down, and drops into the basement.

"Pater! Pater Aeron!" he cries, before losing his voice to a harsh fit of coughing. Then there is no sound but the crackle and roar of the fire eating away at the timbers of the holy house.

The man in burgundy steps forward again. "This monster you spoke of...what did it--"

He is cut off by a hideous scream from within the basement, an all-too-human scream of terror and pain that cuts off very abruptly. In the silence that follows, a large portion of the roof falls down.

The people in the crowd mutter quiet prayers. A few of them are sobbing. The man in burgundy looks at you all, his face as white as milk.

All party members are free to take an action!

"May the gods have mercy on the poor Pater's soul, and may they damn the beast that killed him to the deepest depths of hell," intones Felor. "We fought it best we could, but... once it set the basement alight..." he continues, shaking his head and trying to add a convincing note of regret to his voice.

"Wreathed in flame and smoke, it was," Domarc adds, tears still streaming from his irritated eyes. "The Pater stood against it, placed himself between us and the beast. Told us to get to safety..."

The man in burgundy looks back at the crowd. A few of them come closer as if to stand with him in support; others approach the remains of the holy house. The fire is on the decline now, having reduced all the wooden structures of the holy house to cinders and ash, but smoke still pours forth into the sky. He opens his mouth to speak, but holds it for a while, as if choosing his words carefully. Before he can commit to a statement, somebody in the crowd speaks for him.

"There weren't any monster!" a woman shouts. "I seen you go into the gods' house after Dahl brought the Pater his victuals. It was you brought the fire, don't lie to us!"

Another, younger woman steps forward, wide-eyed. "A horde of rats unlike any I have ever seen passed through Maughblin's field just before the fire began!"

More villagers are starting to approach, drawn to the scene from the homes and fields where they'd been working. Somewhere in the distance you hear more screaming and wailing.

"If what you tell us is true," the man in burgundy finally says, "I have...many questions."

Loud cracks sound, and the rest of the roof collapses into the basement. All that stands now of the holy house are its stone walls, encircling a smoking pit of ash and debris. The sky overhead is steely gray, and a crowd of angry, distrustful villagers is gathering around the party. 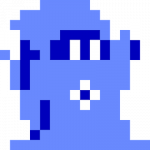 OOC:
Oh, my! A classic angry mob! I hope there's not a pile of pitchforks around.

Leth, too dazed and wounded to make any kind of coherent argument, kneels on the ground and tries to catch his breath.

OOC:
Sorry for missing the athletics check! I'll roll it now and if I fail you can do something bad to me later

Quote:
"I seen you go into the gods' house after Dahl brought the Pater his victuals. It was you brought the fire, don't lie to us!"

"Set fire to a basement while we were in it? Why in the Werld would we do that?" asks Felor, all-too-convincingly.

Mordred does his best to stay out of the discussion. He pulls the hood of his singed and sooty cloak over his head as far as it will go, and moves to the edge of the torchlight. He knows that after a fire, Tieflings are rarely treated kindly. Once he is largely out of sight, he sends his Mage Hand with a small bag of gold coins towards where he thinks the altar might have been, and deposits it out of sight, but where the townsfolk will surely find it once they begin to rebuild.

I can't find the link to the party treasure spreadsheet we had going, but if someone could knock a dozen or so GP off the list, Mordred would appreciate it.

What time of day is it?

I could have sworn it was nightfall when we got to the church, but now I can't find that anywhere...

Mordred does his best to stay out of the discussion. He pulls the hood of his singed and sooty cloak over his head as far as it will go, and moves to the edge of the torchlight. tries to find a spot in the shadows of the smoking ruins &c...

The crowd surrounding the party appears frightened and uncertain. They know something terrible has happened, and they seem quite suspicious of you, but they seem to fear you as well. They outnumber you by a good margin, but none of them are properly armed, and you know as well as they surely do that if they tried to detain you, they might succeed, but it wouldn't go easy for them.

The man in burgundy seems to be running the same calculations in his head. He glances over his shoulder, then over at the burned structure, then back at Felor. "You should leave," he says in a low, gruff voice. "I don't know why you came here or what you did in there, but...this won't go unnoticed. Not after what happened at Solyhill. We want no part of any of this."

OOC - Solyhill? I'm blank. What did we screw up there?

"We will leave," Domarc says, placating the man. "We mean no harm to anyone. Look after each other."

Dejected, he turns to help the others gather up whatever things they need.

No one will believe this story unless they lived it he thinks to himself. The Company of Unknown Heroes.

Solyhill is where the soldiers were stationed that the Hierophant sent to rescue Martjan, and they all got killed and it's a big scandal. It's not far from where you are now.

Ah, so something where we didn't directly mess up and get people killed